The Army of Georland 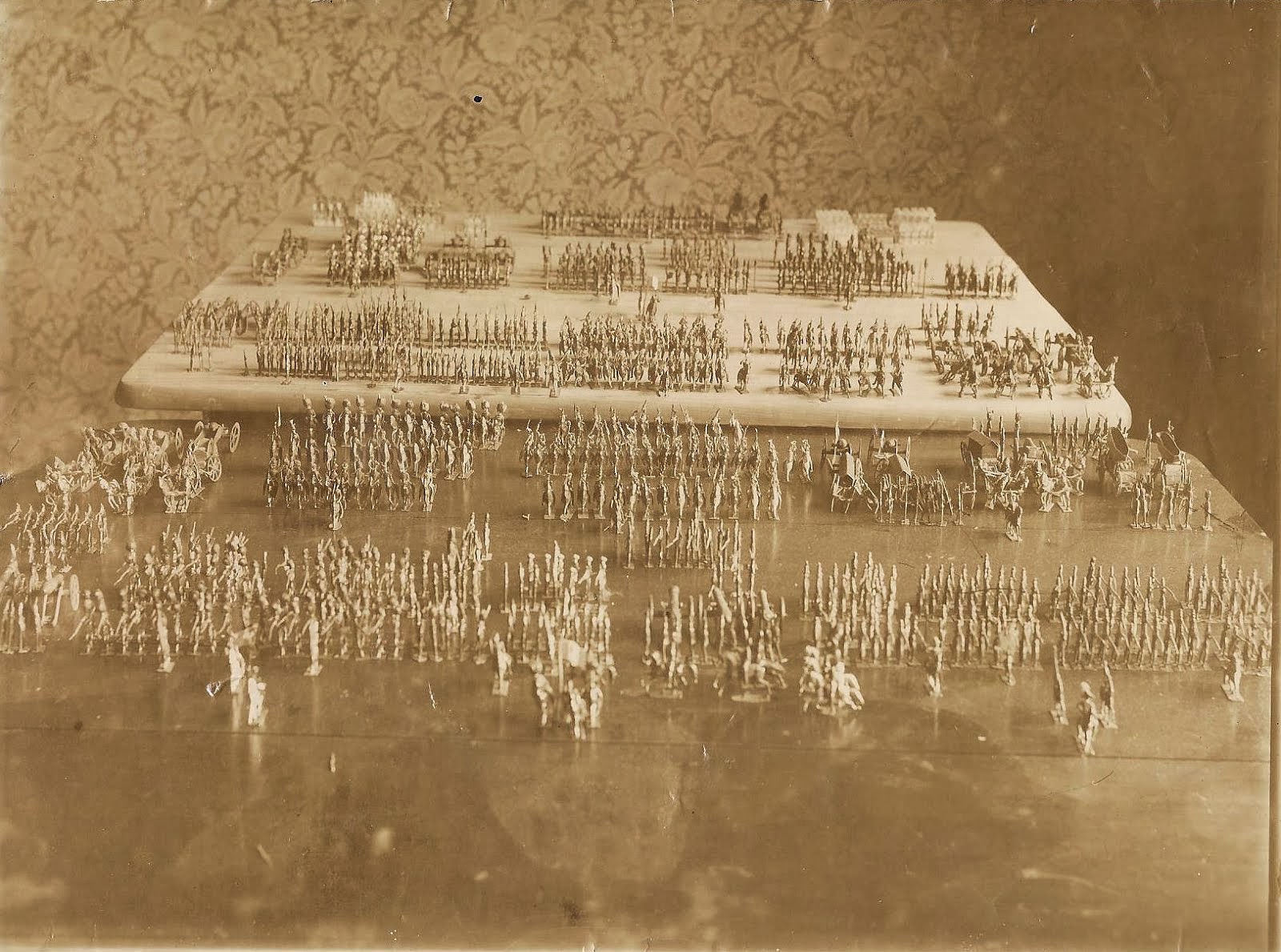 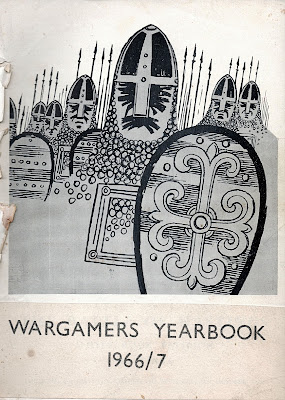 Another source on Stevenson's wargames, identified by Karl G Zipple:

The second winter at Davos was more private. The Stevensons rented a wooden chalet – rather like a New York elevated station on a mountain slope – near the hotel where the Symondses awaited the completion of a permanent home. The new quarters were as bleak as all else. But they afforded Lloyd room for his printing press and, in the lower story, which was difficult to heat, ample floor space for a new game:

From a military family-friend Louis had received Hamley’s “Operations of War” – a still recognized summary of the strategy, tactics, and logistics that Victorian soldiers developed out of the great campaigns since 1800, rich with maps and resounding names like Wellington and Moltke, written with a leisurely clarity akin to that of Darwin. Louis had been long attracted by, if seldom earnest about, chess, and by the picturesque moral devotion of soldiering – remember, the Charge of the Light brigade still outweighed, in literary convention, the fetid, feckless campaign that had included it. In a famous and unmistakably childish passage, Louis once professed to a consistent ambition to have been leader of a horde of irregular cavalry 34. Deeply as certain phrases of Tolstoi later affected him, he never forgave the great Russian for his disrespectful picture of strategists in “War and Peace”. It is strange indeed to find Louis Stevenson, who had never yet heard anything more warlike than the sunset gun from the Castle, lecturing a former captain of artillery from the siege of Sebastopol on the trenchant niceties of war. 35 (Inconsistently enough, he highly approved of Zola’s war scenes.) Now, in the chilly-to-freezing semi-basement of the Chalet am Stein, gathering hints from professional soldiers relegated to Davos, he set his ingenuity to work on a German-style war game that sounds like immense fun.

It had skill – popguns fired printers’ “ems” from Lloyds font of type, and the boy’s superior accuracy sometimes checked Louis’s superior planning; luck – data on strength and condition of opposing forces were scattered over the “theatre of war” on face-down cards, to prevent reconnoitring cavalry from knowing just where the most valuable information might lie; variations in quality of troops – some corps of lead soldiers, solider on their bases, stood fire that routed less staunch regiments; censorship and misleading news releases – the correspondence that Louis supplied to the Glendarule Times and the Yallobally Record is fine, if sometimes ferocious , travesty of British war correspondence of the period. When the Record suggested that General Osbourne be court-martialed, the editor was---hanged by order of General Osbourne. Public opinion endorsed this act of severity. My great-uncle, Mr. Phelim Settle, was present and saw him with the nightcap on and a file of his journal round his neck. 36

Louis always loved not so much making believe child-style – some biographers have missed the point – as the fun of making-believe, which is another matter. A child enjoys being a pirate specifically; some adults enjoy the general proposition of dressing up for and acting the part of a pirate: a few can do so without condescending toward either themselves in the part or the part itself. In an anecdote which I hope is not apocryphal, Louis is watching a child play boat and, wearying of it, climb out of the armchair that had been acting as boat, and walk away. “For heaven’s sake,” Louis calls after him, “at least swim!” That is genuine technique in play.

Until sent to school, Austin had been making friends with British jack-tars; proudly conducting pack horses down to Apia; building forts on the lawn with Arrick, that ingratiating cannibal; playing the old Davos war game with Louis and Lloyd, Austin being known as general Hoskyns; taking desultory lessons in history and arithmetic from Louis and Aunt Maggie.

34  Lloyd (An Intimate Portrait of R.L.S. : 37) wrote that, as a youth, Louis once planned to enlist in the Territorials. Possible but unlikely – there is no other mention of such a scheme.
35  Louis’s admiration for Tolstoi seems to have been bestowed on the didactic writings rather than the novels. This was no Russophobia – Louis was mad about Dostoevski in the early French versions.
36  “Stevenson at Play” (SS): XXVII, 374
Austin Strong was R.L.S.’s step-grandson.
(SS) is the South Seas edition of the works of R.L.S.

In a short biography at the end of his booklet, Karl Zipple gives the following two references:

Hamley, Sir Edward B., Operations of War, various editions, 1872. This was Stevenson’s textbook on war used to set up the rules. The maps may have been the basis for his war map?

I find this fascinating, stimulating and inspiring stuff and it makes me wonder whether in generations to come other wargamers will look as tolerantly at the literary offerings I have attempted to make in this wonderful hobby of ours.
Posted by Vintage Wargaming at 11:11

The History of the Army of George 1 is currently the earliest known surviving documented example of the hobby of wargaming with figures.

The copyright of all original material on this web site relating to the collection is copyright of the Keef Family and additional writing is copyright Vintage Wargaming.
None of this material may be reproduced in any way or in any medium without prior permission in writing. Permission may be requested by making a comment on any post, including an email address for response. This comment will not be published but we will respond to you separately by email.

Get this Recent Comments Widget